An Interview with Little Leviathan

Several years ago, I had the opportunity to interview Dane Hillard for a developer position at the company where we both used to work. Don’t worry, I wasn’t called upon to evaluate his coding skills, but rather to see if he would be a good fit on the team. I gave him the thumbs up (literally—we took a show of thumbs) and I am so glad my colleagues agreed, because now we are friends and I have the chance to interview him again. This time, you get to decide if he’s a good fit for your ears! His folk album, Little Leviathan, is coming out May 1st and I got excited and asked him a bunch of questions about it. 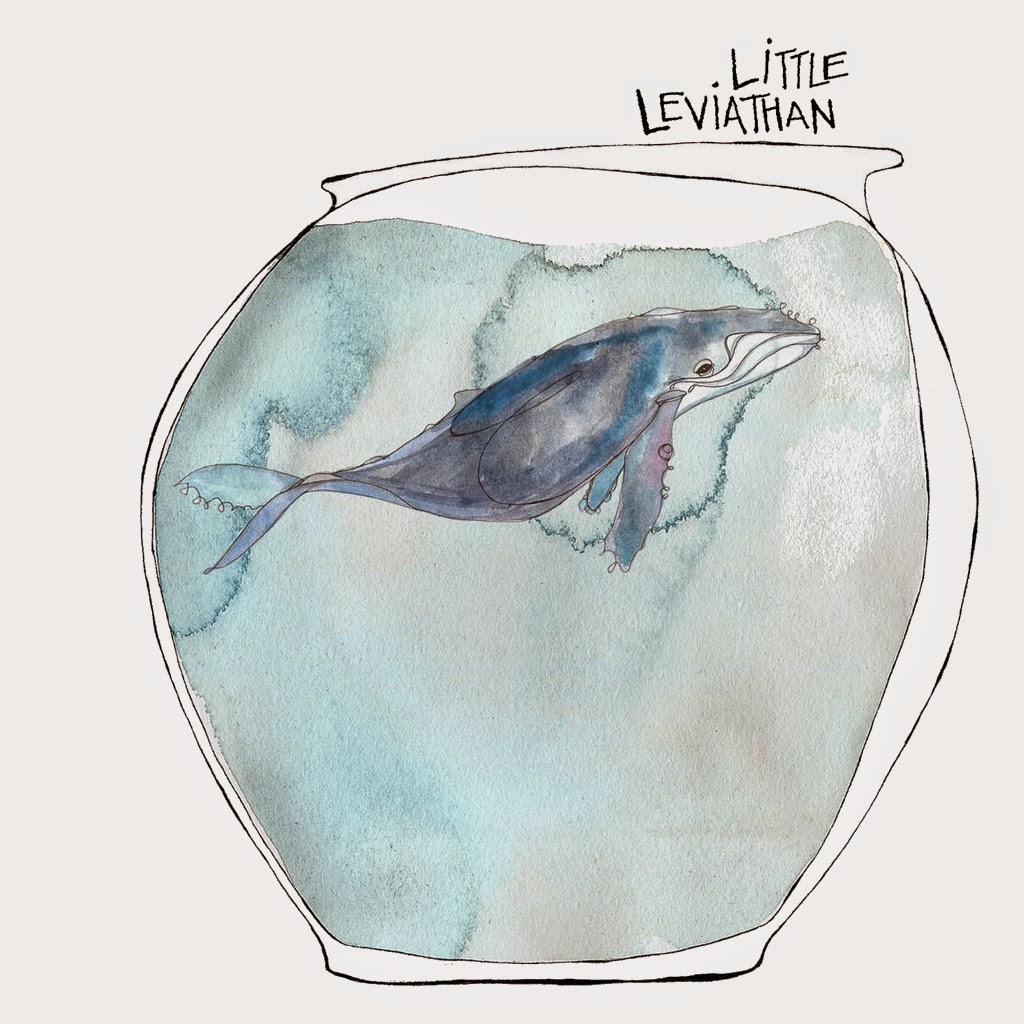 R: When did you first pick up the guitar?

D: My dad had a Gibson Super 400 since before I was born. He'd pull it out from time to time to play and I was drawn to it. It's a beautiful instrument and it was pretty difficult not to want to grab it. I didn't do anything serious with guitar until I was almost done with middle school, though.

R: It does look pretty. You don't by any chance have any little-kid-Dane-holding-dad's-guitar pictures, do you?

D: A picture of that doesn't exist, to my knowledge. I've probably already got facial hair in any picture of me holding that guitar!

R: So like age 10, then? What made you decide to tackle writing and recording a full-length album?

D: I think the idea to write a full album came from this organic process where I wrote several songs over the course of a couple of years. When I realized I'd finally written enough material to compile an album, I was surprised! Once I decided to record it all, it was still another year or more before I actually finished it. I guess I'm sort of slow on the uptake!

R: What parts of the process did you really enjoy?

D: I enjoyed the actual moments of recording the most. Sitting there in the studio, trying to get the perfect take. It's a great challenge of my consistency and accuracy as a guitarist and vocalist. I've also enjoyed the process leading up to the release—queueing up all the metadata, artwork, and audio for distribution. Trying to figure out marketing right now.

R: Have you written anything since you recorded that you wished you could have put on the record?

D: It might surprise you that I haven't written much other than the songs that are on this album. I guess I had a muse 5 or 6 years ago that's decided to move on! I hope to start writing more in the near future, but I prefer to let inspiration strike than to try and force things onto a page. The songs on this album came about fairly organically and I'm happy with how they came out. Collectively I think these songs fit together as an isolated work, so I don't feel any regrets about the track list.

R: That's good. Regrets are dumb. Did you have any formal music training growing up?

D: My first real foray into music was joining the school band in fifth grade. I started on the alto saxophone. Around the same time, I started taking piano lessons from a private teacher. I continued both until I graduated high school. I think the experiences in each of those allowed me to expand easily into other instruments and genres, at least in terms of interest.

D: I listen to the craziest mix of music, so if I listed everything here it would probably be overwhelming. A few that definitely stand out are Sufjan Stevens, Iron & Wine, and Alexi Murdoch. I enjoy the content of their music and text and I've definitely pulled elements that I like into my own writing process. They all write from very intimate personal experience, which has been a major inspiration for my work as well.

R: A lot of the songs sound somber. Do you find yourself writing about specific events or feelings? To try and capture certain moods?

D: This album came out of a time of mixed emotion. These songs cover both the ups and the downs of some of my relationships at the time, so the bipolarity shows! I think that's really how an album needs to be, though; without emotional dynamism there isn't much to support musical dynamism. As I mentioned earlier, personal experience is often a big motivator for the moods and ideas expressed in music.

R: I’m really digging one of your songs (Roots), which is a collaboration—is that with a friend?

D: Roots was recorded with a friend of mine. I had written that song and planned on performing it for this talent show, but wanted some harmonies to go along with it. Mark (Origami Incident) came up with the second voice in just a few days. I was blown away and decided it needed to be included in the recorded version.

R: Those harmonies are fantastic. And the album artwork is gorgeous—I wish there were a picture for every song! Are you going to make any physical versions of this album?

D: You'll be happy to know that there IS a piece of artwork for every song! Looking through this album on SoundCloud or Bandcamp will give people the ability to see each song's artwork. The Bandcamp digital album includes the original sketches for those pieces in the bonus material. The art was done by my very talented friend Katie Eberts. While it's still possible I'll change course, there aren't currently plans to create a physical version of this album.

R: Yay! I love Katie's work! Any story behind the name Little Leviathan?

D: Little Leviathan means a big guy in a small world. It means large ambition, and it means feeling closed in from time to time. Being 6'2" with a heavy frame, I sometimes feel a bit cramped compared to the average person. I also have all these hobbies and goals I pursue regularly and sometimes I feel like society isn't built for that anymore. The Renaissance celebrated these kinds of things but now, at least in America, the 9-5 work life is the norm. That can be limiting for creative types!

R: If it was feasible, would you work fewer hours at a day job for a pro-rated salary in order to have more time to pursue your creative hobbies (and possible other sources of income)?

D: I'd love to be able to use more of my time doing fun things! Right now I'm doing what I'm best at during my day job, so it feels right. I'd rate myself as mediocre to decent at the rest of my hobbies at the moment, but if ever I become truly skilled at one of them you can be sure I'll run with it!

R: In your own personal renaissance, what else would you creatively pursue?

D; If time—or sleep, I suppose—grew on trees, you would see me doing a lot of photography. I really enjoy editorial and street-style fashion and would love to travel around to the fashion weeks in New York, Milan, and Paris. I would even be interested in taking some classes on clothing design because the materials and technique aspects appeal to me as much as the creative and graphic aspects. Fashion is a great way to express individuality! You'd also be able to find me on the dance floor pretty often. I've done competitive ballroom dancing for almost 7 years and I've recently been doing social dances like west coast swing and hustle. Hip hop sounds fun too, so maybe I'll try that next! I love the technicality and expression involved with dancing and it pairs nicely with music.

R: What are your goals for this project? What outcome(s) would feel like it was a success?

D: I don't have many specific goals other than sharing what I've created with the world. As my debut into music, it's unlikely to be wildly successful in terms of sales! I'd consider a success to be inspiring another musician to release his/her music or for a person to be touched by the music I've written. Sales would be a nice side effect, of course!

R: Have you/will you perform(ed) any live shows?

D: I used to play with some frequency at a few locations in Ann Arbor. I don't have any solid plans to perform but I'd like to when the time is right!

If you want to listen to, buy, or find out more about Dane and his music, look for “Little Leviathan” on your favorite social media site or iTunes, or click the links scattered through the post. Thanks, Dane, for taking the time to answer my questions and share your experiences!
Posted by Rachel Dull at 11:03 AM

Email ThisBlogThis!Share to TwitterShare to FacebookShare to Pinterest
Labels: interview

Amen to the Renaissance answer and trying to combat the 9-5 norm -- I'm personally trying to turn that norm on its head (well, so are you Rachel) and I hope Dane can succeed in finding/making more time for his creative interests!