Checking In On My 2012 Resolutions

So far this year I have read 9 books. This will be 9 more than some of you, and a lot less than others, but the point was to consciously read. I have read 6 paper books* and listened to 2 audiobooks**. The first 4 were in January during which I was aiming for a book a week and just made it! Ideally, I would be reading these books critically—for style, pacing, and storytelling techniques—but usually I get lost in the story and forget to pay attention to that explicitly. I did write 2 reviews and posted them on Goodreads, though. There are a bunch of books that came out recently or will come out in 2012 that I want to read, so maybe I need a new mini goal. Seven more by the end of the year? With reviews written for at least 3?

Write More
Status: You're reading this, aren't you?

This is going well! Sometimes I even get up an hour early to write. Thank you for being a motivator, my dear reader. Your comments to me here or in person fill my heart with glee and make me want to write more specifically for you, my preciouses!

I picked a drafted novel, and I've pondered the series of events in the plot and how to make it better. I think I even figured out some compelling motivations for my characters. I just need to block out some time to really get momentum on this. It takes several days to load the story all back into my head, and I think it will take a least a month to do a round of edits with all the rewrites that need to happen. I think, but have no real idea, that maybe after a third tidying round, I should be ready to show it to some readers. That sounds fun in a way that never did before. I think this blog changed that. Which is flipping awesome.

Do Something With Wedding Photos
Status: Any time now...

I'm supposed to be the project manager for this, but I'm not doing so well. I have a project plan, I just need to give myself deadlines and get my husband and photographer on board with them, too.

Say 'No' More
Status: The bar was low, so, success!

I had to make this a resolution because I didn't know how I was going to prioritize any of my other resolutions without deprioritizing something else. A lot of these deprioritized things only affect me, but I have to practice letting other people down, too. I think I've said 'no' twice this year. Sorry if you were one of my successes, but thanks for helping to make me successful in this and other goals.

I've remembered to use my phone to film my cat, concerts, and nature. I have even shared these videos on youtube and my blog. I haven't learned how to edit videos yet, but maybe next year. I have enjoyed trying out a new art medium.

But at what cost has adherence to these resolutions come? Well, I kinda stopped exercising this year. And I'm pretty bad about calling my parents or far-away friends. I have also cut back on helping with house and yard projects, though a few major ones have still managed to get done. The laundry and the dishes get done somehow, but I'm doing a lot fewer craft and sewing projects.

Overall, I'd say not too shabby on making progress on these resolutions! I mean, other than the biggest one which is still totally hanging over my head because I'm procrastinating...


*
The Obituary Writer, by Porter Shreve
Obedience, by Will Lavender
Shades of Grey, by Jasper Fforde
One of Our Thursdays is Missing, by Jasper Fforde
The Host, by Stephanie Meyer
Domestic Violets, by Matthew Norman
Artemis Fowl, by Eoin Colfer (re-read)


**
Jeremy Fink and the Meaning of Life, by Wendy Mass
The Hunger Games, by Suzanne Collins
Posted by Rachel Dull at 9:05 PM 2 comments: 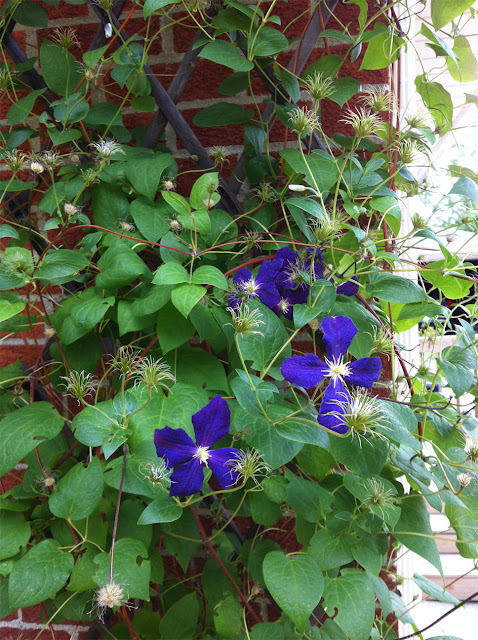 Well, my garden may not actually be alive again, but at least this clematis revived enough with the paltry rain to produce a few more blooms!
Posted by Rachel Dull at 7:46 PM No comments:

Email ThisBlogThis!Share to TwitterShare to FacebookShare to Pinterest
Labels: home and garden

Dead but for Air, Water, Grace.

#sixwordmemoir
Posted by Rachel Dull at 8:48 AM No comments:

I should let myself fail more.

I have twiddled around these six words and others for a long while now, trying to find the perfect combination thereof. But today I decided to take their message to heart, however imperfectly presented, and just post it.

It's not that I want to fall on my face more, or look stupid more. It's that I need to toughen up my face a bit, and stop needlessly feeling stupid. Perhaps everything that isn't a resounding success isn't a what-were-you-thinking-that's-the-worst-idea-ever failure, either.

Part of me is really bothered that I'm going to hit "publish" after I finish adding caveats and explanations. There's no poetry there, and the general flow of words regardless of meaning doesn't sing. And there's no indication of where emphasis should be placed, no helpful additional punctuation. Is it even proper English?? I could save myself this embarrassment and these lame excuses if I hit delete instead.
Posted by Rachel Dull at 7:59 AM 1 comment: 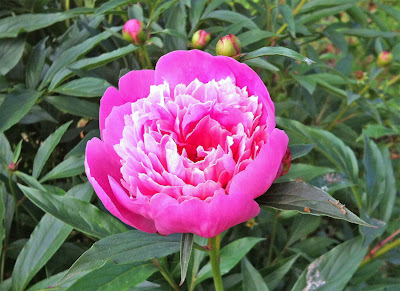 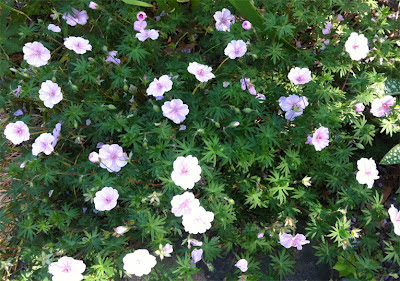 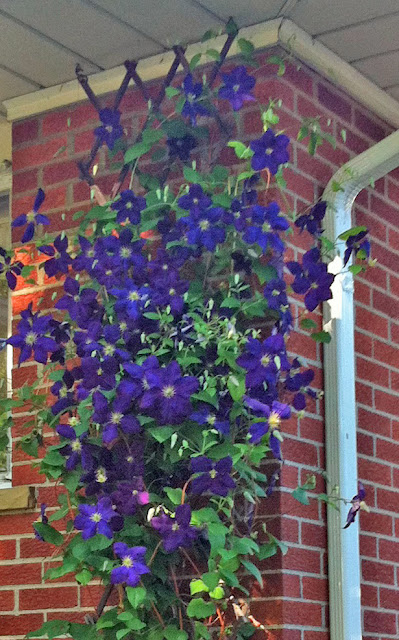 [A plethora of purple clematis] 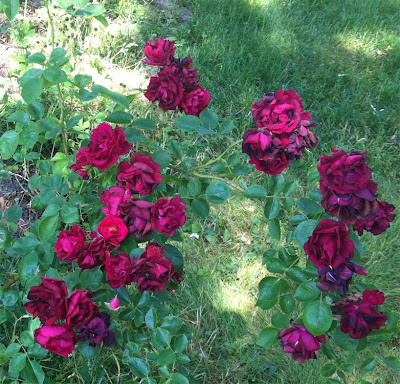 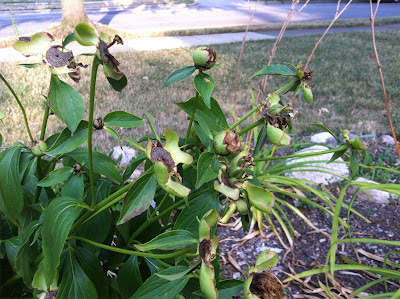 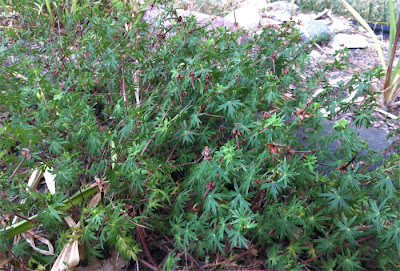 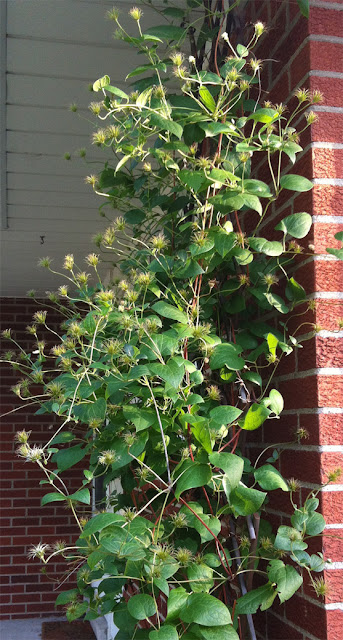 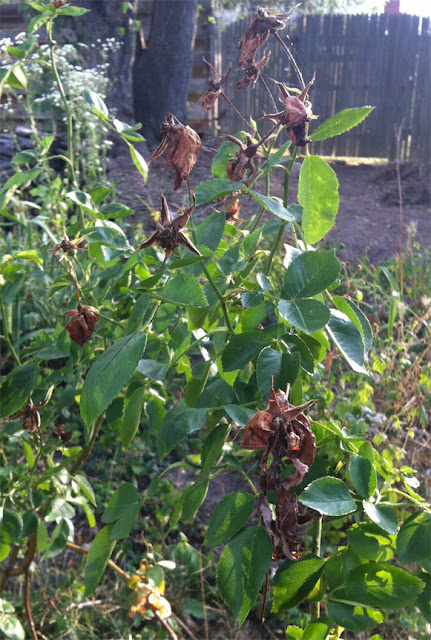 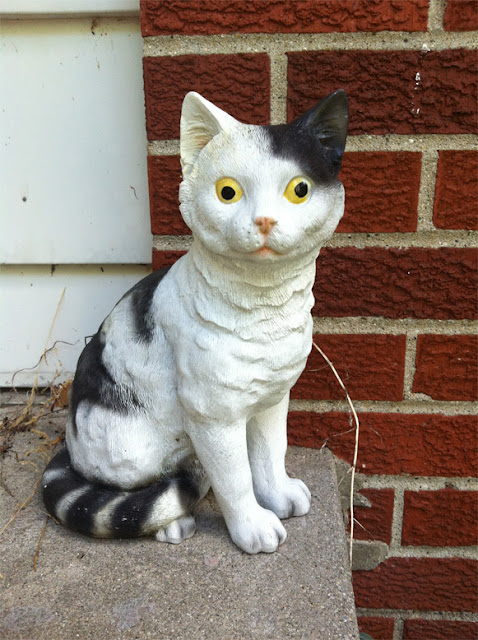 *I'm not gonna lie, I had to look up the past conditional conjugation, among other things...
**I really thought this should be "rien de fleurs violettes" but Google Translate insisted that I was wrong
***In truth, the crazy-eyed cat was always there. I thought maybe he would scare off people coming to the door asking me to sign petitions or buy magazines, but alas, no.
Posted by Rachel Dull at 10:03 PM 2 comments:

Email ThisBlogThis!Share to TwitterShare to FacebookShare to Pinterest
Labels: home and garden

OMG! Teh bacons are yum! LOLz.

Still waiting for it to begin.

To Anyone Who Converses With Others

Do me a favor and try not to unnecessarily over-analyze passing comments that somebody makes. Or short exchanges. Or a thing someone said but the conversation wandered off before the thing was elaborated on. For one, because I'm already doing that about my own words for you, wondering what you heard and if I misrepresented myself, and secondly, because I tell myself you won't, to quiet the self-criticism looping in my head (as if repeatedly replaying the conversation will be penance enough for expressing those carelessly constructed notions).

I generally start over-analyzing my words shortly after our social interaction, and imagine that you are doing the same: "Why did she say that?" you wonder, or "Did you hear what Rachel said to me?" you ask your spouse. And then you sum it up: "She's weird" or "She's not very nice." I don't allow you to give me the benefit of the doubt by saying "Maybe she didn't mean it that way" or "Maybe she didn't hear me correctly," so I begin thinking through a whole list of things I could have said differently, to be less awkward and more gracious, and to express what I really mean and feel.

In these imaginary followup conversations with you, you're really nice and just let me talk it out. In fact, you don't say a word. You just listen. Unfortunately, if I'm particularly troubled over what I said, I have a tendency to take your silence as confusion, or worse, contempt. My heart races as I explain to you as clearly as possible in as many ways as possible what I'm thinking. My adjectives get stronger as I'm desperate for you to understand. By the time I'm just flat out swearing and my blood pressure is doubled, I realize you are not actually hearing any of this, and furthermore I probably won't ever say any of these things to you in real life.

It is then that I do myself a favor and convince myself you are not the over-analyzing type.
Posted by Rachel Dull at 10:26 PM No comments:

A Few Of My Favorite Things

Not exhaustive, in no particular order, to oppose the stressors list: 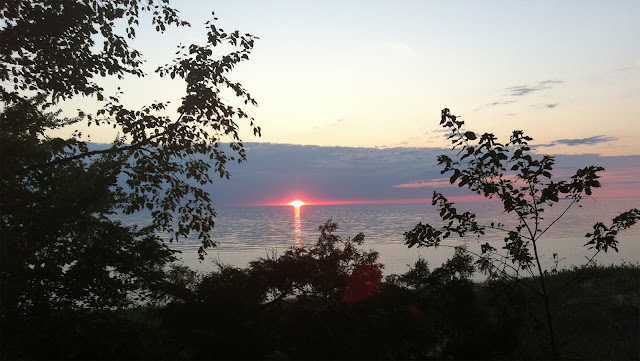 Welcome to The Sundowner, Northern Lake Michigan's Premier Invitation-Only All-Inclusive Resort! Owned, operated, and custom-designed by the Shirkey family, this beach-front property has stunning views of Lake Michigan with gorgeous sunsets over the water, more activities than you could possibly fit into a weekend, and amazing dining experiences that will make you forget all about that last great restaurant meal you thought you had.

Highlights of your stay will include:


In short, a super fun way to spend a weekend, and I didn't even get to mention the board games, the hot tub, the welcoming accommodations, the blueberry banana pancakes, searching for beach glass and Petoskey stones, or the trip into town to Tom's! And that was just in this 36-hour stay! Stay longer to enjoy the nearby Sleeping Bear Dunes, Manitou islands, wine tours, etc. But really, why would you leave the Sundowner when you can spend the afternoon doing this?