Read More
When I checked in on my resolutions in July, I suggested reading 7 more books (on top of the 9 I already read) and writing reviews on 3. Of all the books coming out in 2012 that I was excited about, I only read one (Artemis Fowl: The Last Guardian), and I accomplished my goal of reading 7 books by re-reading 6 books to prepare for it, since it was the end of a series. As a bonus, I threw in one more book in December, Mere Christianity—a book I thought I'd read before, but turns out I never made it past the first section. As for reviews, I didn't write any official ones, but I did take fairly extensive notes on them all, so I think that counts for something and proves critical reading was happening. I also began re-reading the Annotated Pride & Prejudice, and was reading so critically that I cheekily disagreed with some of the annotations.

Write More / Revise a Novel
November and NaNoWriMo are traditionally a time for writing new stuff. I tried to write new stuff, but I had to abort because I felt like the thing I wanted most was a revised story, and not another messy draft. So I used my writing energy to work hard on story revision. I made serious progress on my Pearls story; the plot has more cohesion, and the characters have more conflict. But I had to re-write the whole last section of the book, and that slowed me down. November and December were so busy, and though I fought, I didn't make it all the way through a re-write. But I resolve to keep going. I learned a lot about revision, most poignantly, I learned that it takes longer than I want it to.

Take More Videos
I didn't take too many additional videos since July, but I did mess around with editing them together, even if I didn't show them to you.

Say 'No' More
At the end of the year, I experienced mounting stress from around September onward. Maybe it was advancing and receding all year, but I think it was in the fall that the tides failed to go out again, and the waves of stress battered the shores of Sanity incessantly.

As a good 50% or greater of my stress-load was self-imposed deadlines and goals, and most of them had an endpoint of December 31st or earlier, I hopefully waited out the stress storm. January was to bring increased free time, a fresh start, and an exercise plan to help me release built-up toxins.

The days leading up to Christmas vacation were harried ones. To avoid capsizing, I had to begin jettisoning stressors. That gift I was making for Jen but couldn't find a wooden hoop so couldn't finish it before I left? Throw it over. Jen will understand, and I can finish it in January when it washes ashore. The idea of making a Christmas card? Too bad all of my friends found time and I didn't. But how am I supposed do do that AND bake and distribute Christmas treats to my neighbors? Get over yourself, Rachel! Jettison it! I know I wanted to get through a draft of my novel in November, and when that didn't happen I said December. And I worked hard. But I never found the time I needed to finish it in 2012. Let it go. Pick it up in 2013.

This expunging helped. I focused more on the present, and enjoying Christmastime. I knew that dropping these things overboard was the only way to make the Good Ship Rachel sail-able in the storm. I could probably even get rid of more before anyone besides myself felt seriously let down or lastingly disappointed in me. That was because they were all self-imposed! Things I wanted for me, to prove I was organized, to prove I could get stuff done, to prove I could make a deadline and stick to it. To prove I was a committed person and that I'd learned how to prioritize what was important to me, and it was all of this. One Monday in December, Nick asked me how my weekend had been, and I was able to respond, "Good! I learned that sometimes I need to say 'No' to myself!" which was probably a strange response to that question, but for me it was so big that it warranted mentioning. It was revolutionary to me, and I'm glad I realized it as part of my year of saying 'No' more, even if it took me 11.5 months to get there.

The whole idea behind saying 'No' more was to free up time to spend how I wished on things I wanted to prioritize, and alleviate the guilt I felt when I de-prioritized other things. Saying 'No' to feeling guilty about not exercising was kind of saying 'No' to myself, but the loss there wasn't as great as having to say 'No' to some of my artistic notions, or even doing things for other people. It's easy to say 'No' to things you don't really want to do even if they are good for you. It's harder to say 'No' to people you want to be with and things you want to do, but more strongly desire to get certain other things done. And it's hardest to say 'No' to things you really want to do and are good for you to do but you simply can't do them all. I elaborated to Nick by saying I don't always have to 'Go Big or Go Home'. Sometimes I could 'Go Medium' and go more places, and that might be better.

As my general health seems to have improved since the stress tide went out again, I have decided that for 2013, I resolve to be less resolute! Maybe shift the focus away from completing goals, and towards continuing to work on them. Or at least shift the judgment away from successful completion, and give myself partial credit. I would have never passed a math class if I would have had to get every problem on the exam completely right. I can prove growth and learning without proving mastery. Though, when I read over my resolutions from 2012, it looks like I was trying not to be completion-oriented, with only 1 of the 6 actually having a definable endpoint. Which indicates the problem wasn't with the resolutions themselves, but with the taskmaster who volunteered to grade the progress? Oy, my head hurts from all this self-analyzing. Looks like this topic will have to remain "To Be Continued..."
Posted by Rachel Dull at 11:33 AM 2 comments:

For those of you on the side of the Venn diagram that read my blog but not Karen's, here is the movie I mentioned that my friends and I helped Karen make for her birthday almost a year ago! Karen wrote us a wonderful script with parodies of ourselves to play, and ironically subjected us to a fair amount of Creed and Nickelback, because that is what would be played at the worst birthday party ever.

When I watch the video, I am surprised that there was actually a take where I got my lines out without too much stumbling or looking directly into the camera. My previous, rather limited, acting experience was all on the stage, so this camera business was completely new. I had no idea the siren song of the camera's eye!

Even though it's filled with all kinds of inside jokes about Joy's hair color(s), Brad and Ciara's impending nuptials, and Andrew's love of baseball, I hope if you watch it you will enjoy the clever jokes and brilliant one-liners Karen wrote in. Or at least my incredible acting during my [SPOILER ALERT!] death scene:

Now jump over to Karen's blog to see the amazing Halloween costume that she wore to the movie premiere and watch the outtakes reel. Or to view the cutest Margot Tenenbaum you'll ever see!
Posted by Rachel Dull at 11:38 AM 1 comment: 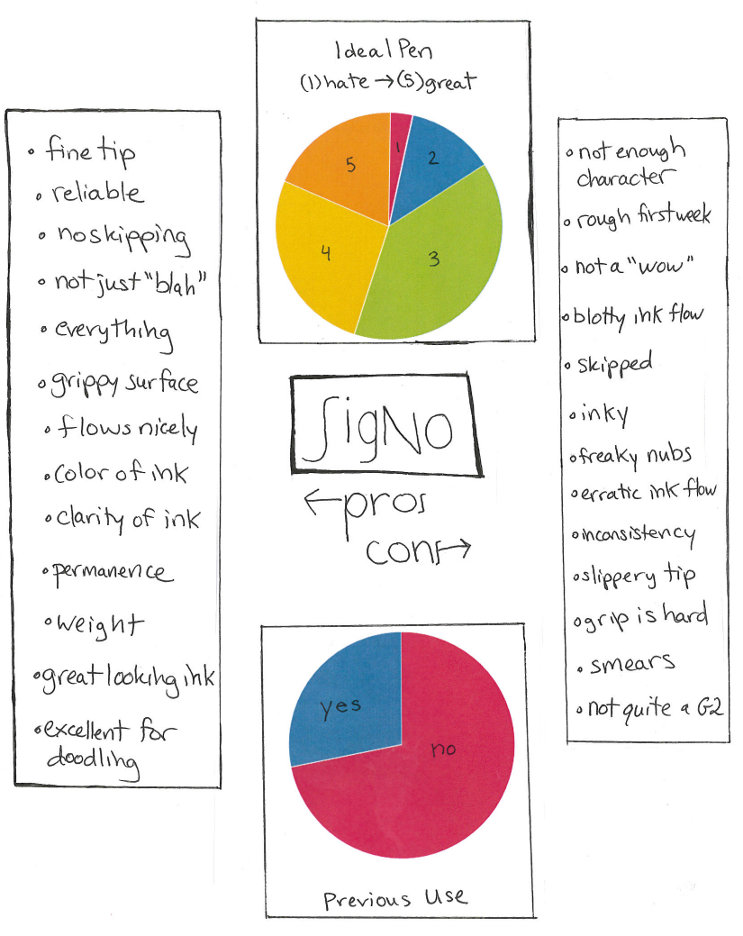 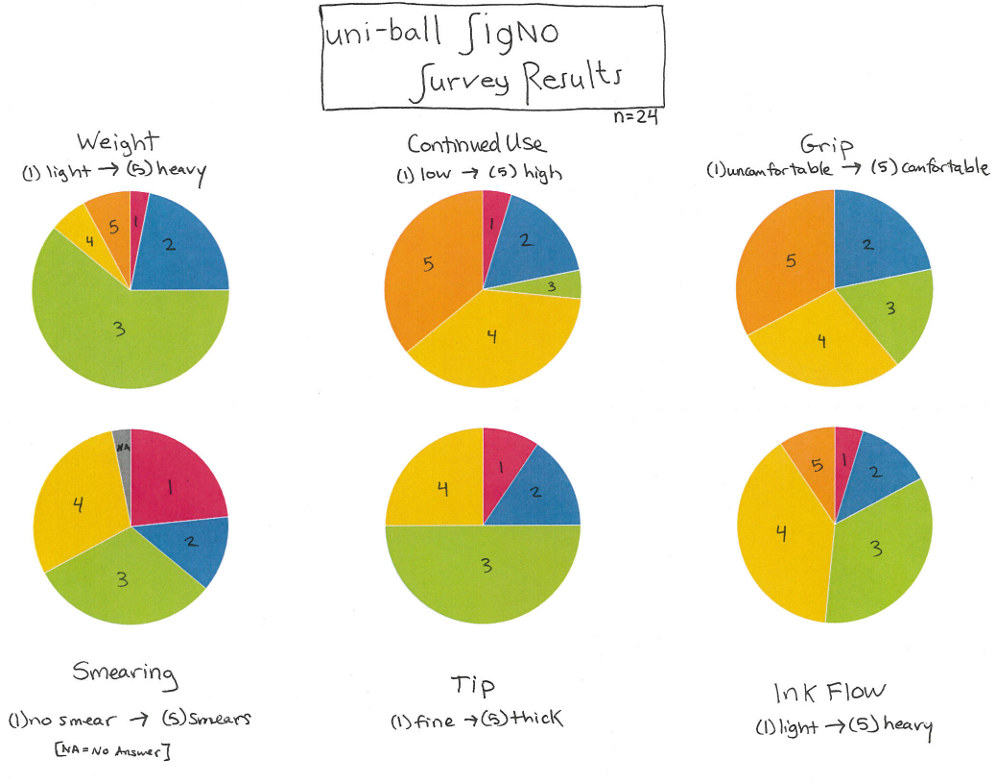 Thought I'd try pie charts instead of box plots this time. What do you think?
Posted by Rachel Dull at 6:40 PM 1 comment:

O, Do Not Foresake Me Insomnolent Friends.* (Insomnolence can go ahead and forsake me all it wants, though.)**

It's hard to decide what I should do in the middle of the night when I am not sleeping.

When the brain turns on, I wait to see if it's just enough to roll over, or if this is insomnia kicking in. I toss, wait for awhile, I turn, wait again, and shuffle the cat around my legs. After 45 minutes or more and sleep hasn't returned, I start worrying about my schedule. I pray for sleep, and when that prayer isn't answered (though I suspect sometimes it is), I pray for guidance about what I should spend my newfound time doing.

Should I just get up now and start doing something I was going to do anyway today? Or should I try something that might help put me back to sleep? I'm always very reluctant to do the latter, because it feels like wasting time.

I consider looking at twitter or email on my phone. Problem is, that little screen is so bright—even if I quickly dim it to the lowest setting—and brightness tells the eyes and body to wake up, which is the last thing I want to do!

When I finally concede that sleep is evading me and wander out to the living room, invariably the first thing I do is draft a whiny tweet. I tell myself it's so that if there are other insomniacs out there they can take comfort in knowing they are not alone. And maybe so we can play a game or something to pass the time. But I think the real reason is that I want to whine about my sleeplessness publicly and elicit the sympathy of those who will experience my crankiness later.

After I either give in to that temptation, or draft and delete, I flop onto the couch. I consider trying to cheat the big waste of time that is insomnia by writing something, like a blog post. I also consider taking care of the things about which I had lain in bed worrying*** for the last hour (because invariably my mind had turned to listing out things I need to remember to do, or drafting emails I really should have sent already). Gah, but I don't have any energy! Whine! I just want to be sleeping! Third option is court sleepiness with warm milk, boring reading, or reclining with my eyes closed. But I have tried both warm milk and reading legal documents in the past, with no success. And using the microwave to warm milk in the middle of the night is not conducive to my spouse remaining asleep, anyway.

No, the thing that usually happens is that I just have to wait it out, trying not to think or do anything too destructive or panicky as I ride the powerful wave of wakefulness. Sleep always comes before the alarm, even if it's only the 2 minutes prior. Never, to date, have I not gotten back to sleep and had to start the day from here. I just hope I didn't jinx it!

*Altered TMBG lyric
**With a title like this, who do I think I am, Sufjan Stevens?
***What annoyingly pedantic, but hopefully grammatically correct, phrasing! I definitely had to look up how to conjugate "to lay/lie" in English. Grammar Girl to the rescue!
Posted by Rachel Dull at 6:38 AM 1 comment: