The Sound of the Things That are Found Underground

Last weekend, I invited my friend/co-worker* Chris** over to use his metal detector in our yard. He wasn't looking for anything in particular, but was hoping to find some old coins or other miscellany.

Several conversations leading up to his visit clarified the size of the yard and arranged for his wife and child to come over for double-decker tacos for dinner after the dig. Though one went something like this:


Rachel: Did I tell you about the previous owners' dead cat?
Chris: Uh.... do you think it has a collar I might find?
Rachel: I don't think so. Matt found it's collarbone when he was reburying it though...


With anticipation, we all made predictions about what he might find.

Chris spent several hours sweeping the backyard, but before he got started, he showed us the detailed display options and explained a little about how he used it to choose when to dig. The BLEEP BLOOP noises emanating from the instrument when it detects metal are reminiscent of an '80s SciFi movie, and the allure of wielding such a "futuristic" device is not lost on me. A baton-sized mini detector and serrated blade hang at the ready at his waist. Such a blade cleanly cuts through grass and its roots, allowing Chris to remove and replace a tidy plug of sod in each BLEEPING area.

I asked him many questions, took a fair number of pictures, and came trotting across the lawn any time I heard the telltale beep-beeps of the mini detector prodding a recently removed grass plug.

[Picture captions below are lyrics from Metal Detector, by They Might Be Giants, which has been on loop in my head ever since Chris came over.]

Q: How long have you been metal detecting?
A: My first day of detecting was October 20, 2011. I found a penny.


Q: How did you get into it?
A: I've always loved old coins and history. Over beers, a friend of mine mentioned that he had picked up a machine. I asked him a thousand questions then bought one the next day--then I bought a better one the next month.


Q: What kind of research did you do to prepare?
A: In general, I spend a lot of time looking at historical maps and overlaying them with Google Maps. I also read old newspapers to see where people used to congregate and where money changed hands. For example, Recreation Park in Ypsilanti was the city's fairgrounds for many years after the Civil War.

Q: What do you do with the stuff you find?
A: I add the best coins to my collection and put any other interesting finds into storage. I have a very heavy bag of change.


Q: What are some of your favorite things you've found?
A: A boatswain whistle, 1883 Indian Head penny, 1920s copper token for a bowel tonic, marijuana paraphernalia, anything silver.

Q: Have you had metal detecting dreams?
A: Regularly. In the morning, I can remember the dates off the coins I dug.


Q: Do you take your metal detector with you on vacation, like photographers take their tripods?
A: Yes, especially if I am going to the beach.

Items extracted from the yard:
We enjoyed having Chris and his family over and hope we can do it again some time. There's still the front yard to investigate!

*Is there a mash up for that already in existence? Frollegue? Froworker? Frassociate? The Internet tells me it's Frolleague and warns me against having any. Alas, it runs contrary to my subscription to Kathleen Kelly's philosophy of “Whatever else anything is, it ought to begin by being personal.”
**CTAY. Not to be confused with the traitor, CGAT.
Posted by Rachel Dull at 11:28 PM 2 comments: 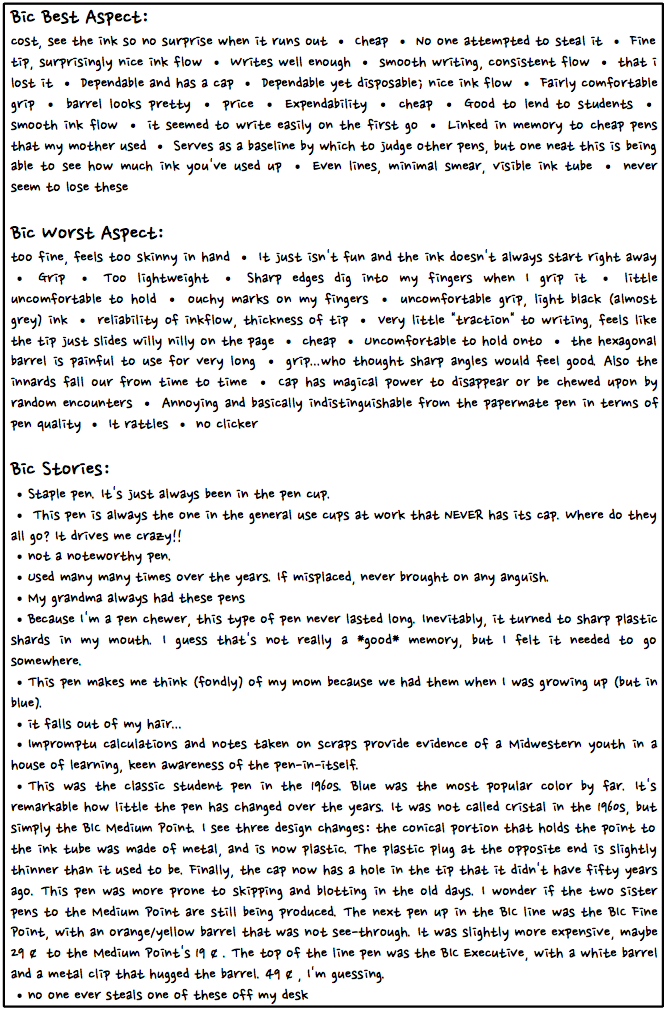 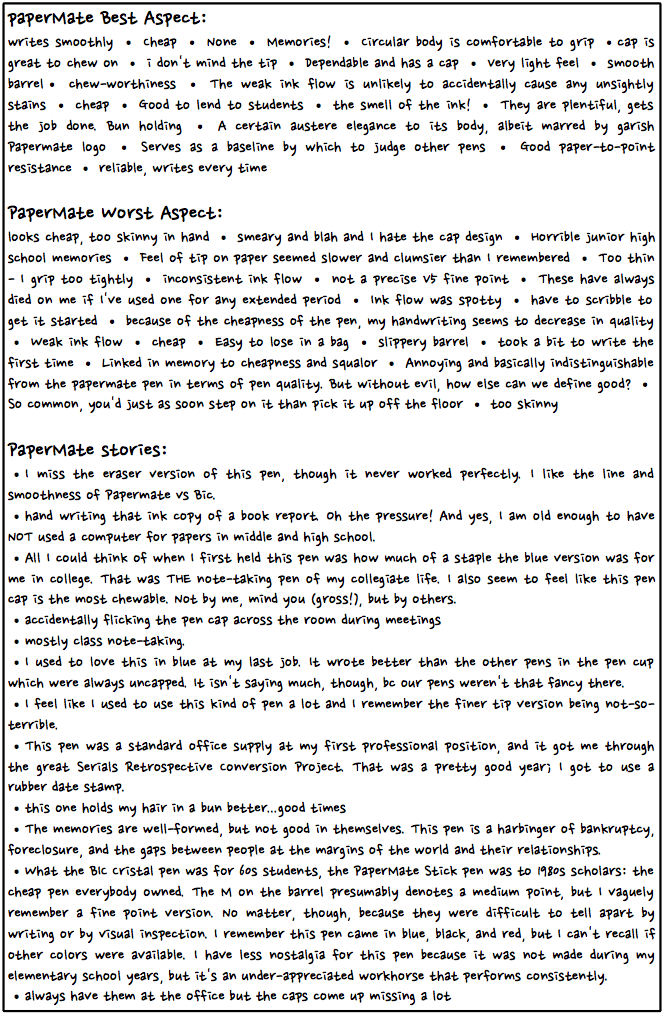 Posted by Rachel Dull at 1:45 PM No comments:

A few weeks ago, I found this on my desk: 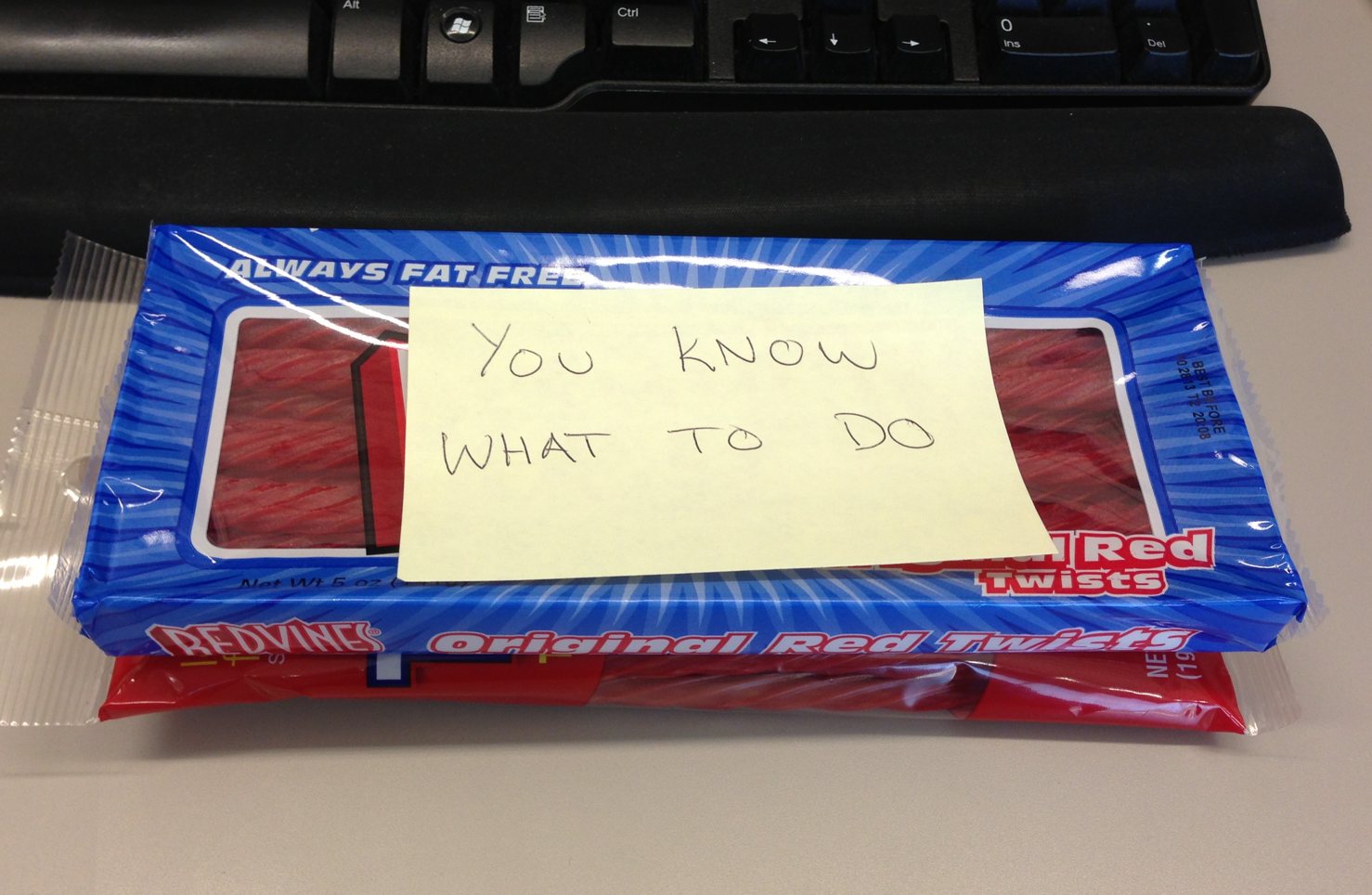 So I did what anyone with my proclivities would do: 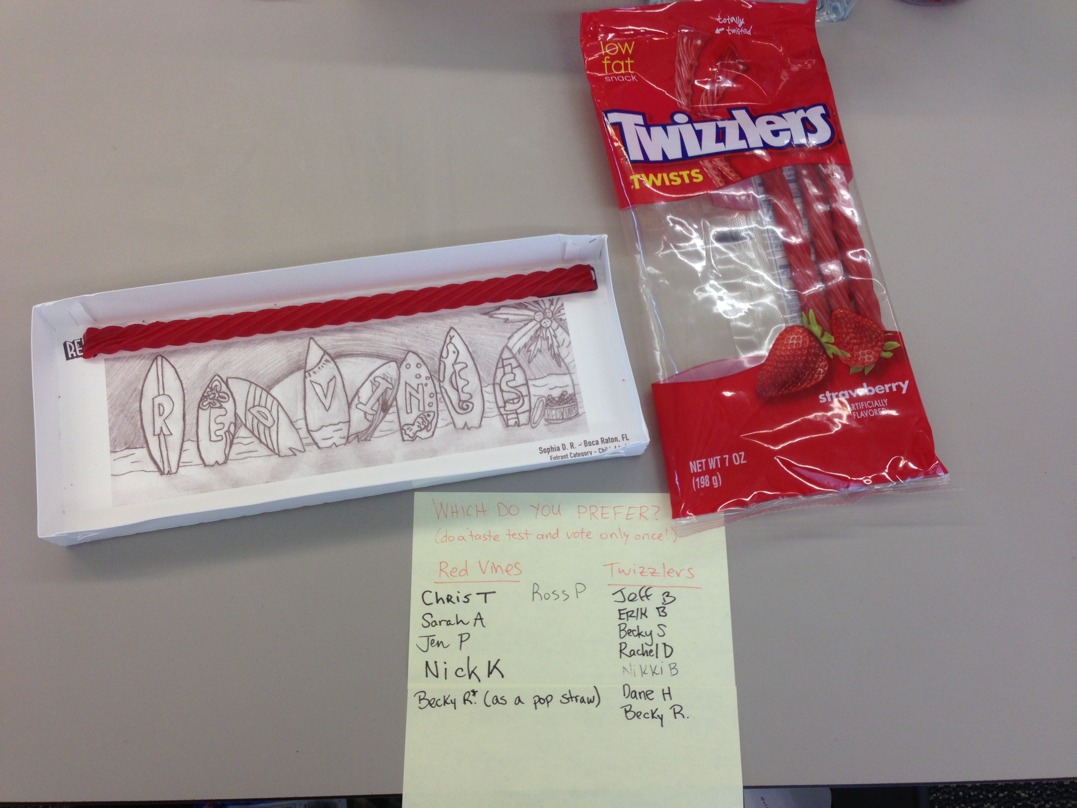 Which column are you in?

Email ThisBlogThis!Share to TwitterShare to FacebookShare to Pinterest
Labels: survey 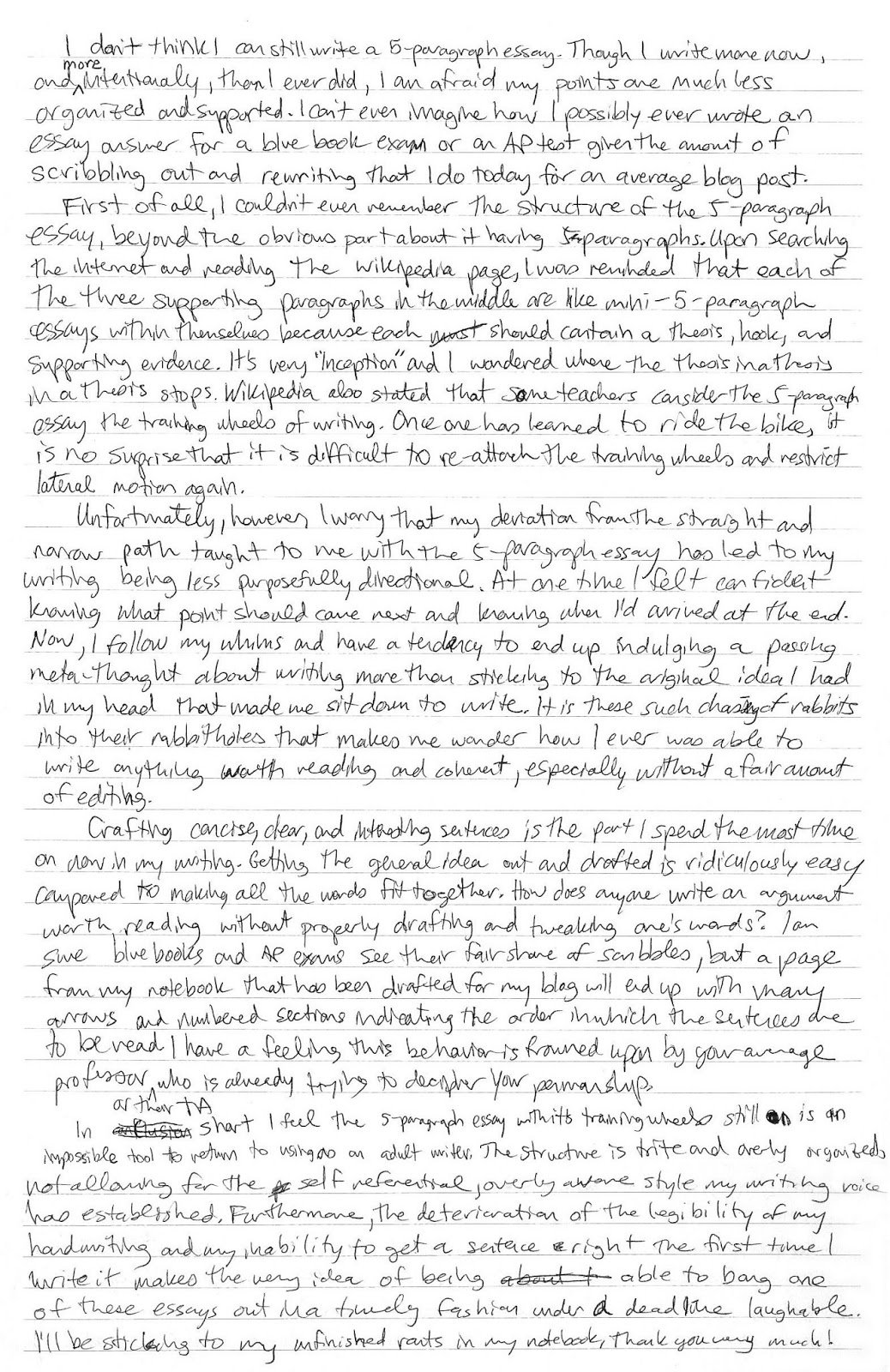 The best decaf Americano is from Mighty Good, though Cafe Verde isn't bad, either. I challenge  anyone who has ever scoffed at me for drinking coffee at all if I'm just having decaf to try Mighty Good's Americano and tell me it is not worth drinking for the flavor even if it doesn't make my heart pound out of my chest or my blood vibrate in my veins.

The best barista is at Espresso Royale on Main St. I don't even know his name, but he works afternoons and he is super cool. I want us to be buds, but I'm too shy to start up a conversation with him. He's the best because he remembers I want decaf even when I forget to say it. (His compatriots aren't bad either, once they and you decide they don't hate you. One even smiled at me on the street outside of Grizzly Peak once.)

The best vibe is at Espresso Royale on State St. The chairs are ratty because it's too close to campus, but if you can get a decent seat, the music doesn't suck, and you're not next to some undergrad on the phone breaking up with her boyfriend in New York, it's a really nice place to write or work. It's even possible that that undergrad who is now flirting with the older guy at the next table who also just overheard the whole break up call might be just the inspiration you need, depending on your creative pursuit.

The best decaf lattes are at Biggby. I'm glad it's not within walking distance from work on a coffee break, or I'd be fat on Butter Bears. Biggby also gets a special award for best tea latte, if you're going slightly caffeinated. The Earl Grey Latte is super tasty and my sister and I rank it higher than the Starbucks version.

The best non-coffee drink goes to Sweetwaters for the Strawberry Bliss smoothie. It feels healthy because of the yogurt and despite the ice cream.
Posted by Rachel Dull at 9:58 PM 2 comments:

At my workplace, when you buy a house/get married/have a baby/lose someone very important to you/leave the company, sometimes if the stars align and we notice, you get a card or gift or party in your honor. Sometimes we are terribly inconsistent and disorganized, and you get nothing.

Last week, a longtime coworker and friend, Chris, left to pursue another career path. The stars aligned to produce for him not just a card and a few gifts, but also a special story written by Becky and including some of our favorite quotes and words we've heard Chris use over the years. I liked it so much, I wanted to share it. It reads a bit like a MadLib, with the underlined portions submitted by various coworkers:


In Compendia’s beginning, there was tohu-bohu. We needed someone to add a little colour to our daily interactions. So we brought a software developer in for an interview. When asked what he could bring to the company, he explained, “What if you had more hands? But you couldn’t control them.” This didn’t really make sense to the interview committee; they wished he would have answered the question more directly. “If wishes were horses, then we’d all be eating steak,” he responded. Strangely, this cavalier approach was attractive to the folks in the room. They were willing to overlook the man’s lack of pants* and offer him a job. Upon accepting the position, he remarked, “I can tell you right now, we’re not going to get this perfect. That’s my commitment to you.”

He began his tenure with a simple goal in mind: “We have to cure the cancer in the tomato genome!” After a quick recalibration from his peers, his talents were redirected to organizational psychology. He introduced us to Goldratt’s Theory of Constraints, Maslow’s Hierarchy of Needs, and the Satir Change Model. He renewed our religious faith with tales of resurrected web servers on Easter Sunday and desires for ecumenical software approaches. And throughout it all he also kept us attentive, reminding us “My crazy runs wide and it runs deep.”

He stayed with the company for over six years. Looking back on that stretch, he thought, “That’s too bad, I understand the way this works now…I was hoping to avoid that.” But the time came when he was needed to impute good motives somewhere else. The wabi-sabi he brought to Compendia was imperfect in its imperfection. It was time to move on.

Though we think your departure is quadtarded (“it’s not just retarded, it’s quadtarded”) – we will forgive you. You are absolved. We acknowledge that your exit will deplete the company's vocabulary by 75% in one swell foop, but we will remember what you told us: "You can't feel badly, you feel bad."

Before Becky had decided on the above format, I had written this other bit about him, and my desire to use it somewhere became the seed for this blog post:


An excerpt from The Compendia Compendium, pg. 86:

Many believed the 2008 company Christmas gift of iPhones for all employees was Management's way of saying "We are a cool company. Thank you for your hard work." But the real reason behind the technological benefaction was to put electronic dictionaries at the fingertips of all employees to enable them to understand the advanced vocabulary Chris used regularly in all-company meetings.

And finally, last night I had a dream that Chris came into work to help me on a project before going in at his new job. He just handed me some green index cards with his notes on them, which is completely plausible. The noteworthy thing, though, was that he was dressed in an elaborate green plaid suit with a white ruffled shirt. He said it was Scottish. And as he was walking out, the people in the office gave him a standing ovation, though I wasn't certain if this was for him or his suit.

Your daily presence will be missed, Chris. If you could have one of your new coworkers start a twitter feed to capture your bons mots and incomparable analogies, though, that might help us meet our recommended daily intake of enlightenment.

*It's not that Chris doesn't usually wear pants--he does--but it's a long running joke originating, I think, with a work dream he had.
Posted by Rachel Dull at 10:54 AM No comments:

THIS WEEK, ON PEAFOWL WATCH: